These configuration have been tested only on FreeBSD 12.1-RELEASE.

Wait… what? FreeBSD does not have Docker! Doesn’t it?

Well of course not really, but you can still install Docker using FreeBSD, it won’t just be FreeBSD in Docker since FreeBSD is not supported as Docker images.

In this blog post, I won’t discuss exactly how to install a few things, I will mostly point to blog posts and documentations so that you know what to do to install Docker and Kubernetes using FreeBSD.

I will not be using Minikube or Kind, not that I don’t like it, but my opinion is that Minikube is nice for quick and dirty small tests and it’s using VirtualBox which is like a big problem to me, but also Bhyve + VirtualBox … choice?!. And Kind is also mostly for tests, it’s closer to an installation with kubeadm, but I really prefer to try things as close to production as possible.

All these have been tested on a PC installed with FreeBSD 12.1-RELEASE. It has a 6 cores cpu, and 32GB of memory.

Here is a quick summary:

sysutils/vm-bhyve is a shell based, minimal dependency bhyve manager. And Bhyve is a BSD licenced hypervisor. It’s being heavily developped with FreeBSD, and honestly it’s really well integrated to FreeBSD.

To install vm-bhyve on FreeBSD, you have to be root ofc for good reasons:

I’m inviting you to go to the vm-bhyve GitHub page and to review its README, it has a lot of interesting informations. Just do not forget to create a switch (vm-bhyve term) and also to add your network interface to that switch.

The next thing is mostly the handling of this package. But one thing about this project is that it’s using bridge. I personaly like to have my bridge free of use, and to use firewall when it’s needed, and to be able to address my VM to my needs, which are generaly to have internet access to ease installations. Which is leading to my next point.

I’m usually using PF for firewall, and to be able to have my best use of the bridge you can create with vm-bhyve. To this goal, I’m deciding not to firewall the bridge in any way, and to tell PF not to care about bridge it’s quite easy, it’s even a configuration I’m using for VNET jails.

So let’s change the PF behavior with bridge with these sysctls, descriptions:

You can put these sysctls directly in your /etc/sysctl.conf so that at reboot it’s already configured.

Now you can only care for what’s important, and if you want to firewall your VM, you can always add one inside the VM itself.

Just follow this blog: How to run Docker on FreeBSD 12

In this blog, the author is telling to get Debian 9 ISO, but you can also get Debian 10, it’s working as well. Once the debian is installed, just don’t forget to follow these two links, I’ve followed them and it’s working:

When you are finished with this section, you should be able to use docker inside the VM, and outside, so on your host.

Honestly, it should be as simple as search in your favorite Search Engine Install Kubernetes, but the first link you get is this one: Getting started. So… yes you could follow this link but, this is not the goal!

Instead we want the Real thing, to get closer to a production environment, even if that’s for testing. So you can get there: Installing kubeadm. You can follow everything on this page, it’s not hard at all. But the page only tells you to install kubeadm, kubelet and kubectl.

The hardest part comes with: Creating a single control-plane cluster with kubeadm. And here are my tips:

The end is the beginning…

So here we are at the end of this post, thank you if you’ve read me up until now. My feelings are that Docker is easy to install, it’s really well integrated with Linux, even if I prefer FreeBSD. Also, Kubernetes is really nice, I’m just peeling the onion slowly.

At this point, I’ve already tried 2 (3 in fact…) other products installations with Kubernetes:

Clearly, that was a lot of time invested, but I’m quite happy since I’ve discovered and learnt quite some informations. I’m really well aware that it’s a lot of informations to handle, but if you’ve got some time to kill, it’s really worth the trip. 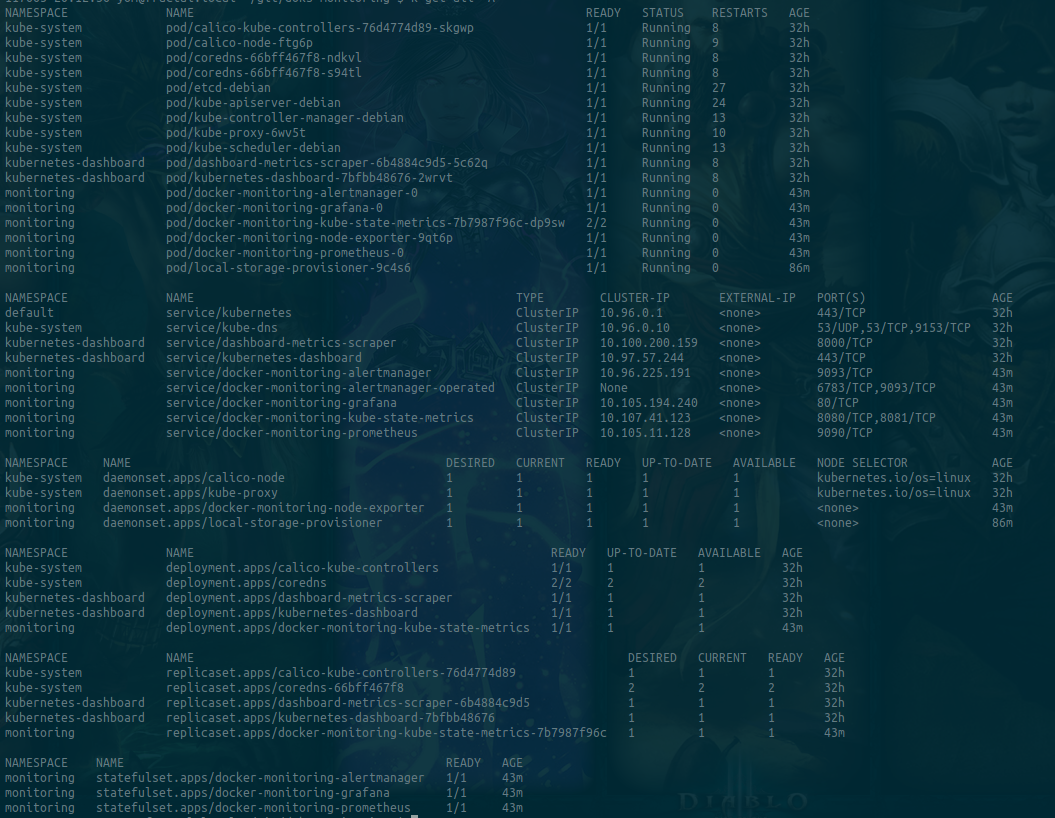